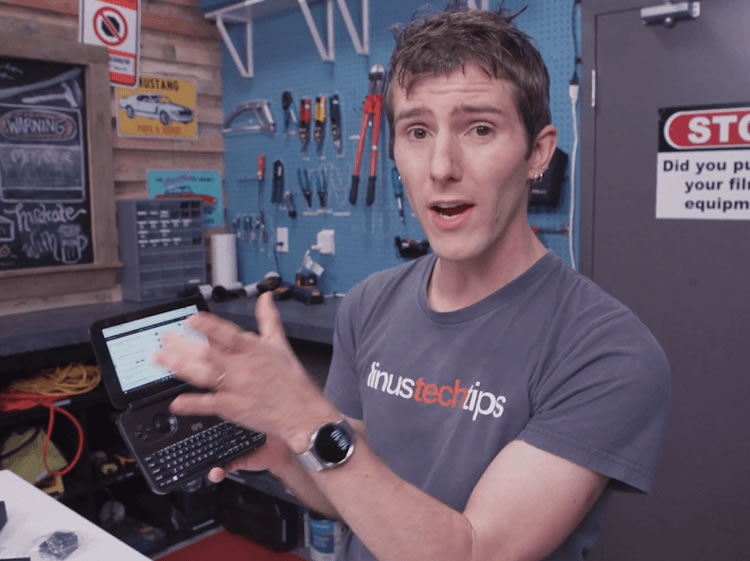 You may have heard of Nintendo and SONY, or you may be playing 3DS or PSV, or waiting for Nintendo Switch. Anyway, you just want to play big games. But with GPD WIN in your hand you may be surprised to find that PC games can be played in a handheld game console; PC games can be played even if you are off your feet. You can play big PC games in this handheld game console, and will feel it is not worse than any other game consoles or PC. 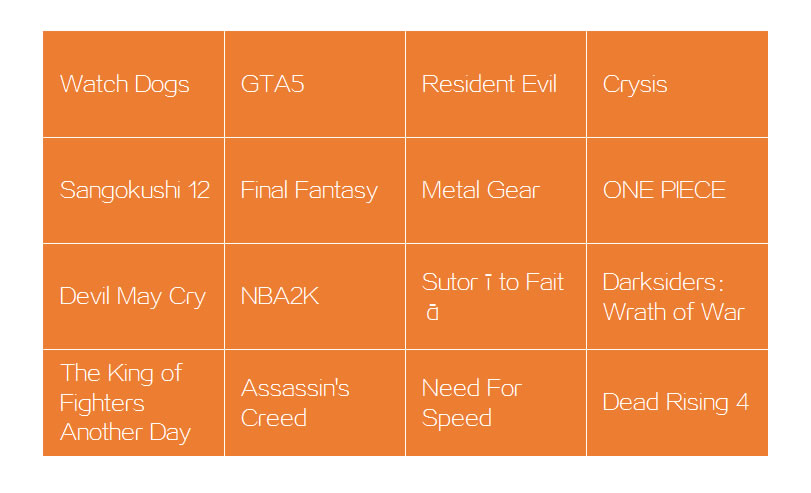 Before WIN was released, there was no any game console in the market that had this functionality! Both big PC games and online games, such as the current popular ones including Dungeon and Fighter, Cross Fire, Fifaonline3, QQ Speed, Hearthstone, NBA2KOL and JX Online 3, can be played in WIN.

Not only online games but also cross-platform Steam games such as GTA, Payday 2, NBA2K15, H1Z1, ARMA, Mount & Blade: Warband, CS: GO, Call of Duty 8, and :Napoleon: Total War, can be played in it as well.

Another strong point of WIN is that it supports Xbox One and PS4 games after a piece of streaming software is installed in it. After starting, the game console is powered on, you will have a panoramic view of all games from various platforms. At present, WIN has been shown to be available to the following Xbox One games:

Win is also available to the following PS4 games:

If you are a fan of Nintendo, SONY or SEGA, and want to play old games in a simulator,WIN will give you an amazing experience! 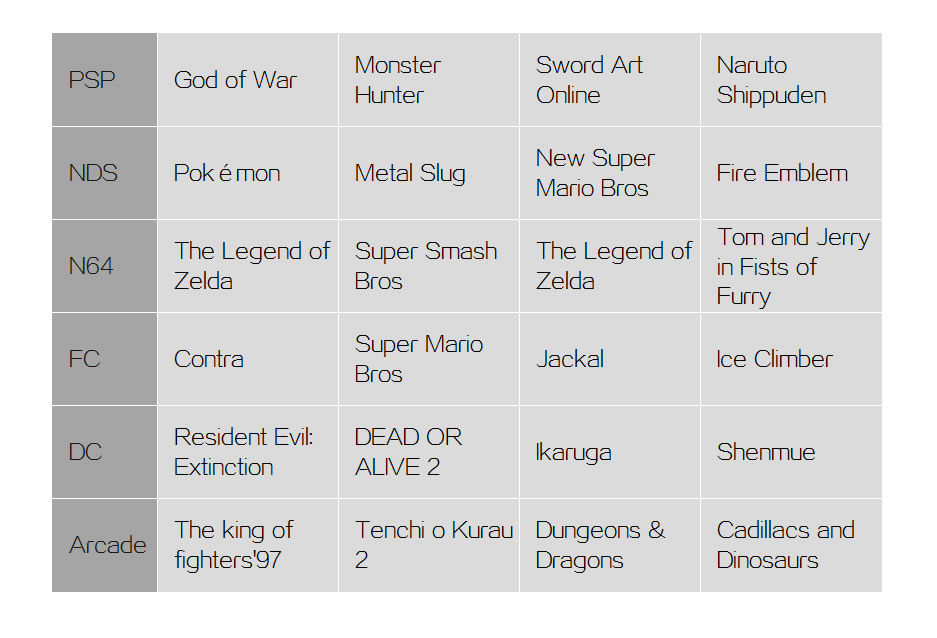 Galgame is a boon for otakus, many of whom dream of playing Galgame in such a game console in bed! 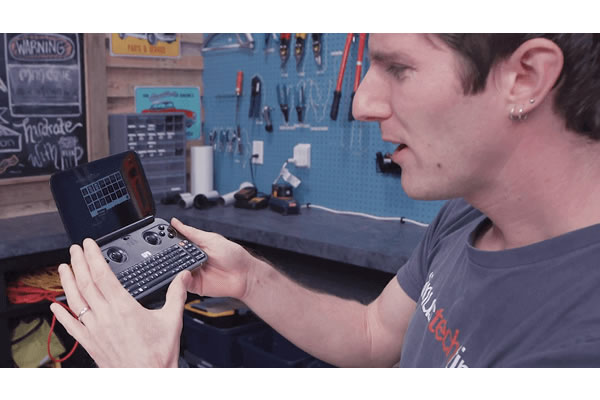 In terms of visual presentation, a higher resolution can enrich the color and improve the fineness. Moreover, the 5.5′ LCD in WIN has a resolution of 1280×720, 267PPI, almost as high as retina screen resolution. The sub-LCD is made of G-III Gorilla Glass, beautiful in color, and able to make game pictures look lifelike! 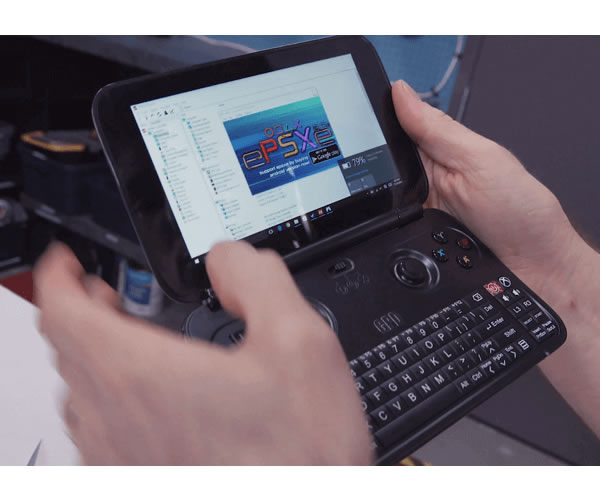 Game console users are most dissatisfied with battery capacity, and this is a weakness of both 3DS and PSV. In order that gamers could play games for a longer time, GPD WIN is equipped with a built-in 6700-mAh super-large-capacity polymer lithium battery, which may work for 5h for game playing, 10h for video playing, 100h for music playing, and 240h for standby. 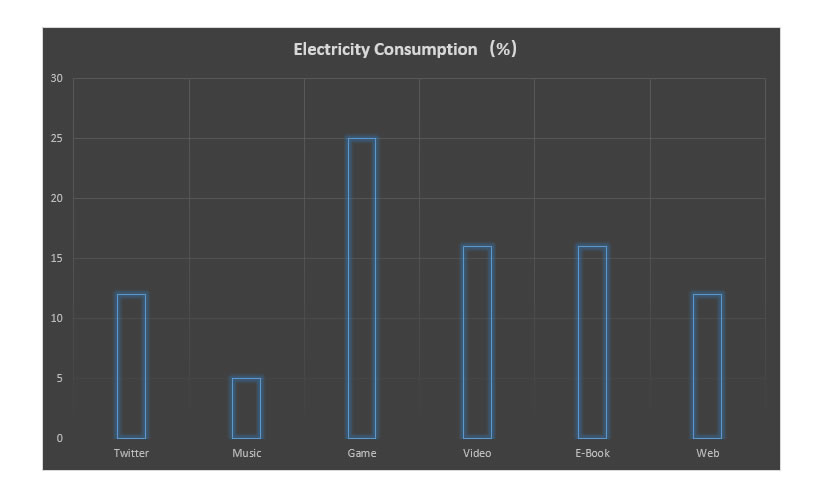 Some gamer may ask: will the device give out heat if games are played in it for a long time? Don’t worry about that at all. WIN has better performance than Surface 3, and that it has an active cooling module. Apart from a piece of 14.5×7cm fine-copper CNC integrated cooling panel, there is a 5-blade ball fan that can be used for 10 years in the device, which can help fully radiate device heat, to further improve the processor performance. 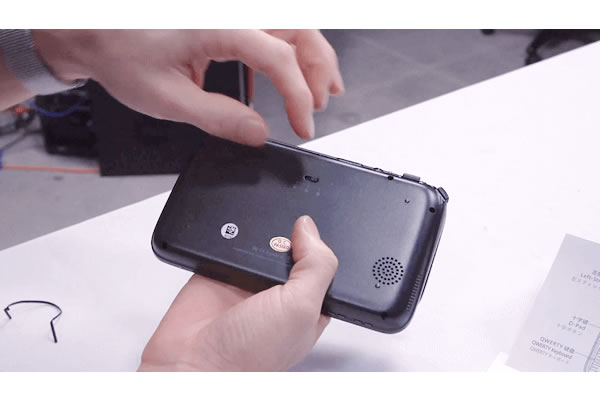 Some may ask: I want to play an online multiplayer game, but does this game console have access to the Internet? Of course, it does. WIN has a built-in double-frequency Wi-Fi chip, which supports dual band networks. In other words, the maximum Internet speed can reach 876Mbps (109.5MB/s) in WIN! 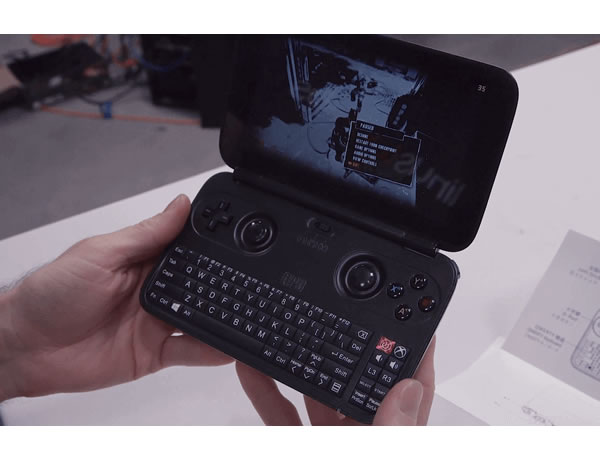 Many people may ask: will a mouse be required, or how can I operate the device? Mouse is needless. WIN has a touch screen, and the gamepad can serve as a mouse after you change the mode. When the right half of the gamepad is in mouse mode, it is easier to operate than the touchpad in any notebook, and the left half imitates the mouse wheel to serve as a scroll key. This way, you will feel it easy to browse the web. 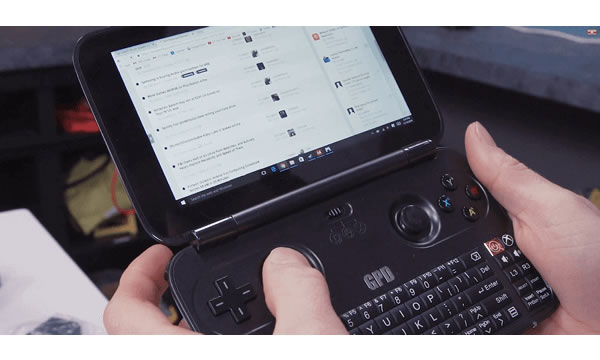 You will make a big mistake if you think the above are WIN’s all features. Since the game console has to be held by both hands, the usually most frequent operations, such as double-clicking the folder and executive program, will be inconvenient to carry out. At this time, you can double-click ear key L1 or L2 in the game console with your forefinger, and this amounts to double-clicking the left mouse button. Is it very easy for game console users to operate? Some people may ask: does ear key R1 or R2 function as the right mouse button? Yes, it does! 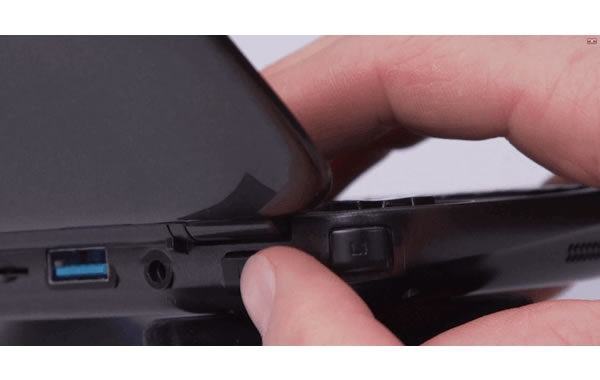 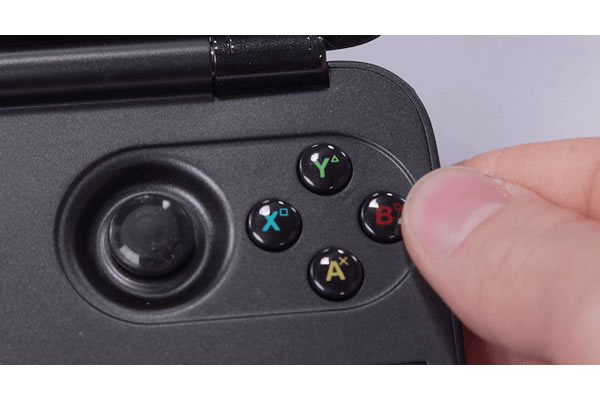 The gamepad in WIN is a 3D pad manufactured by ALPS in Japan, which is the same as that in PSV and can be mechanically rotated for at least 5 million times since it has the highest strength and toughness. Meanwhile, in order that fingers would not slip, a rubber cap made of polyurethane elastomer is adopted, which is so far the most wearable rubber cap. 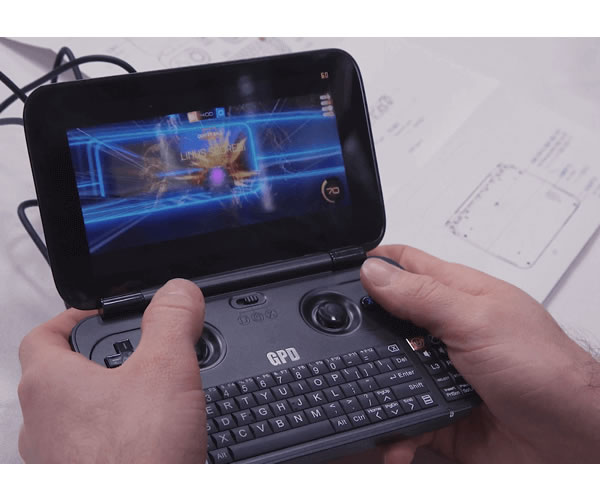 The ear keys in WIN are microswitches made by OMRON Japan that are only applied in the high-end keyboard and mouse products of Logitech and Microsoft, which can be mechanically clicked for at least 1 million times. 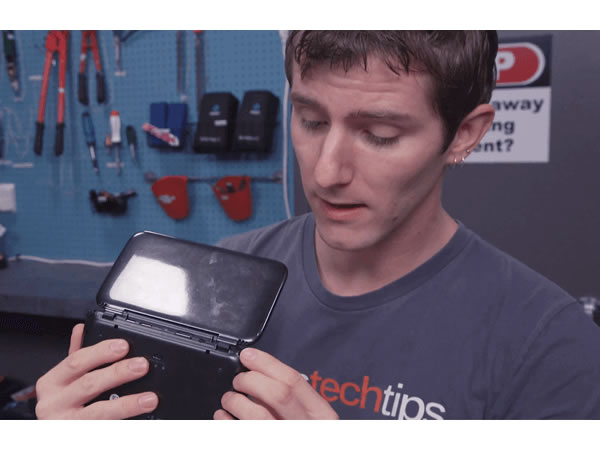 If the storage capacity is slightly insufficient and needs to be enlarged, you can use the extension interfaces in WIN, which are available for standard 3.0 USB Type A interface, and high-capacity U disk or solid state/mechanical hard disk. Also, there is a USB Type C interface in WIN for charging, which needs to be connected with an SD card or wired network. This is not hard to achieve as long as you buy a Hub with RJ45 interfaces. If you think a U disk or mobile hard disk is not easy to carry with you, you can insert a Micro SD card with a capacity of at least 128GB in the slot in WIN. If you happen to own a display device or TV set with an HDMI port and want to connect WIN to it, you just need to buy an HDMI cable. Of course, external devices include gamepad, keyboard, mouse, printer and projector, whose application will impose no pressure on WIN.

GPD WIN is the world’s smallest Windows 10 system-based notebook. Intel gives such products a scientific name——UMPC, while Microsoft calls them Origami, for the same reason that it carries a desktop operating system which is more powerful than mobile operating systems such as Android and IOS, so the device is a real productivity tool. 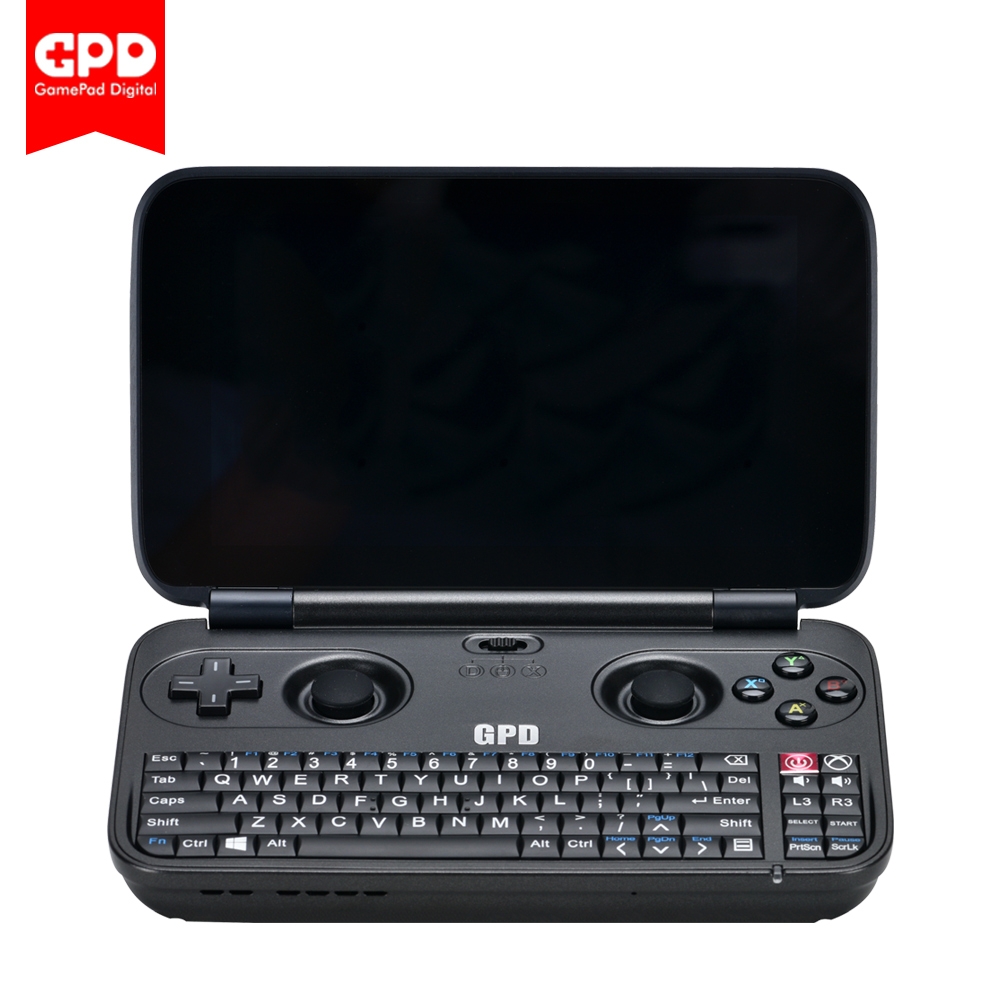 WIN is useful for users from all fields, such as white-collars, salespeople and other light office users who often use Word, Excel, PowerPoint or other relevant tools. WIN is fully available for such work as long as there is an HDMI cable connecting it to a display device. If you are a corporate network administrator or professional hacker, you can carry WIN, which is much lighter than a notebook, with you to test the network and various vulnerabilities. If you are a college student and studying programming, WIN suits you the most, and you can input codes by lying down rather than sitting for long at any time while pondering over an algorithm. 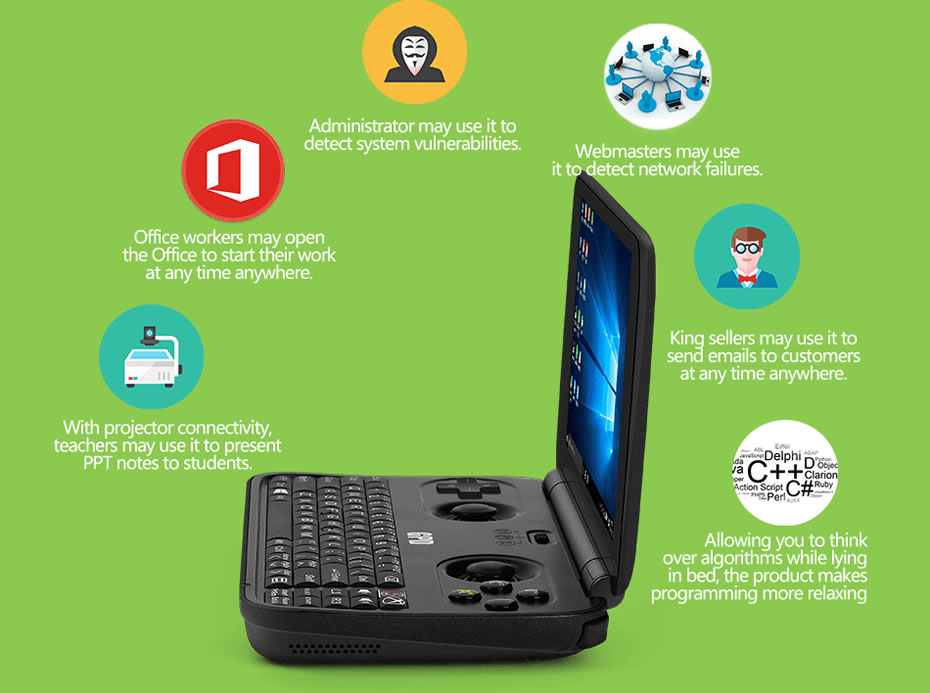 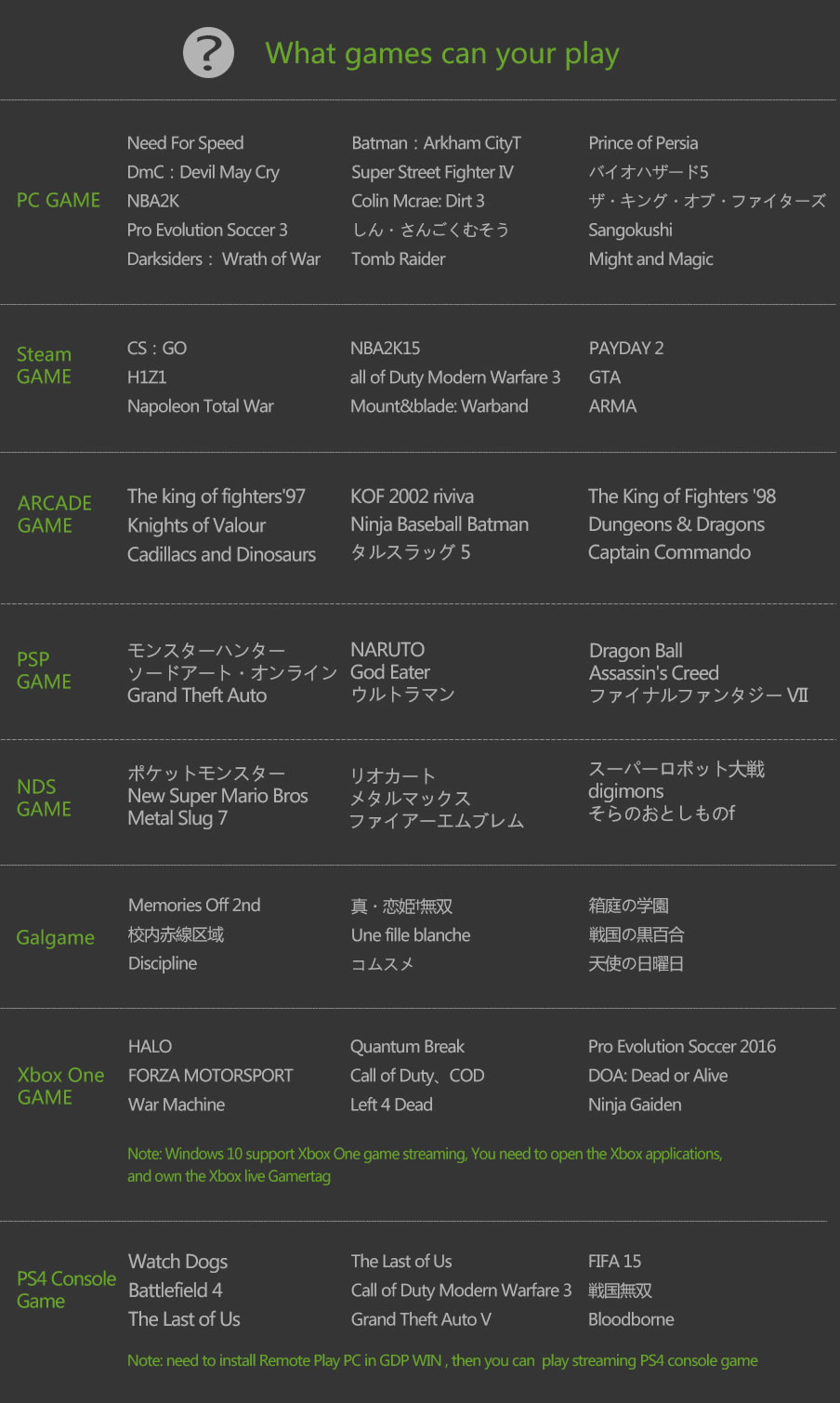 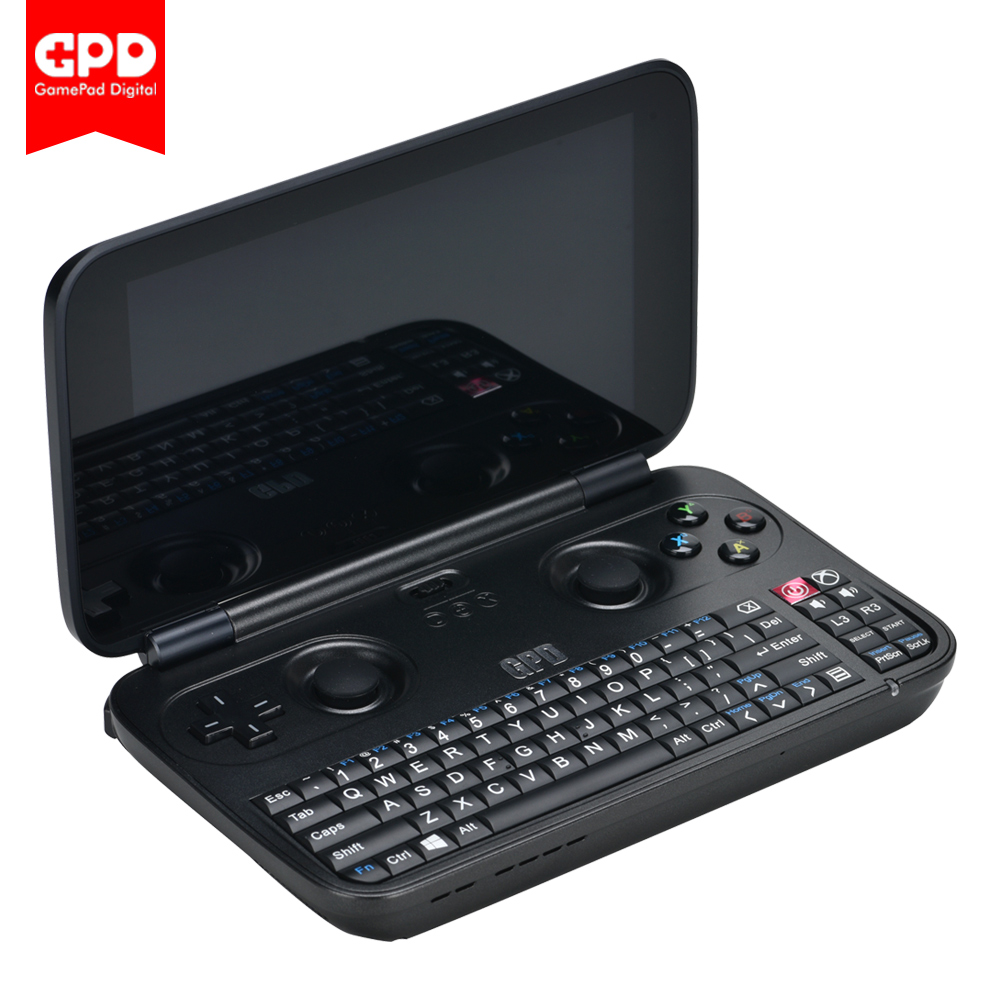 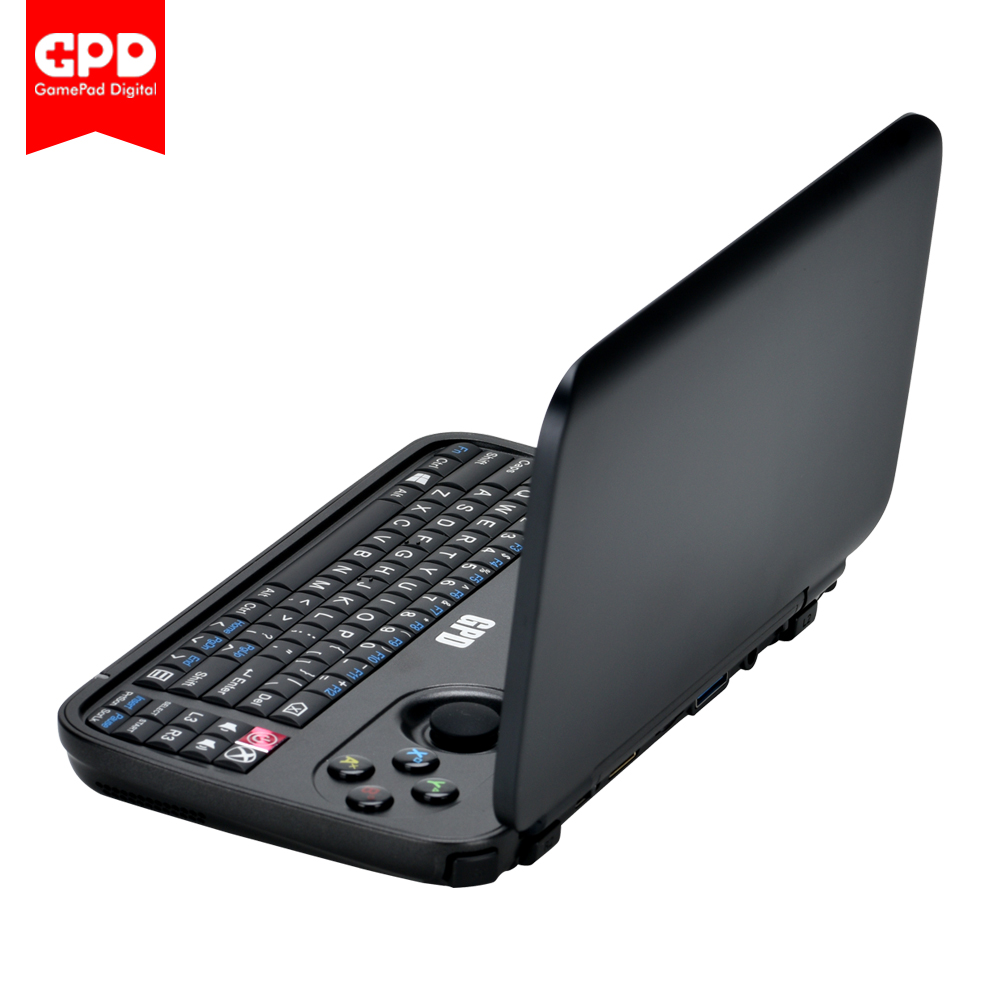 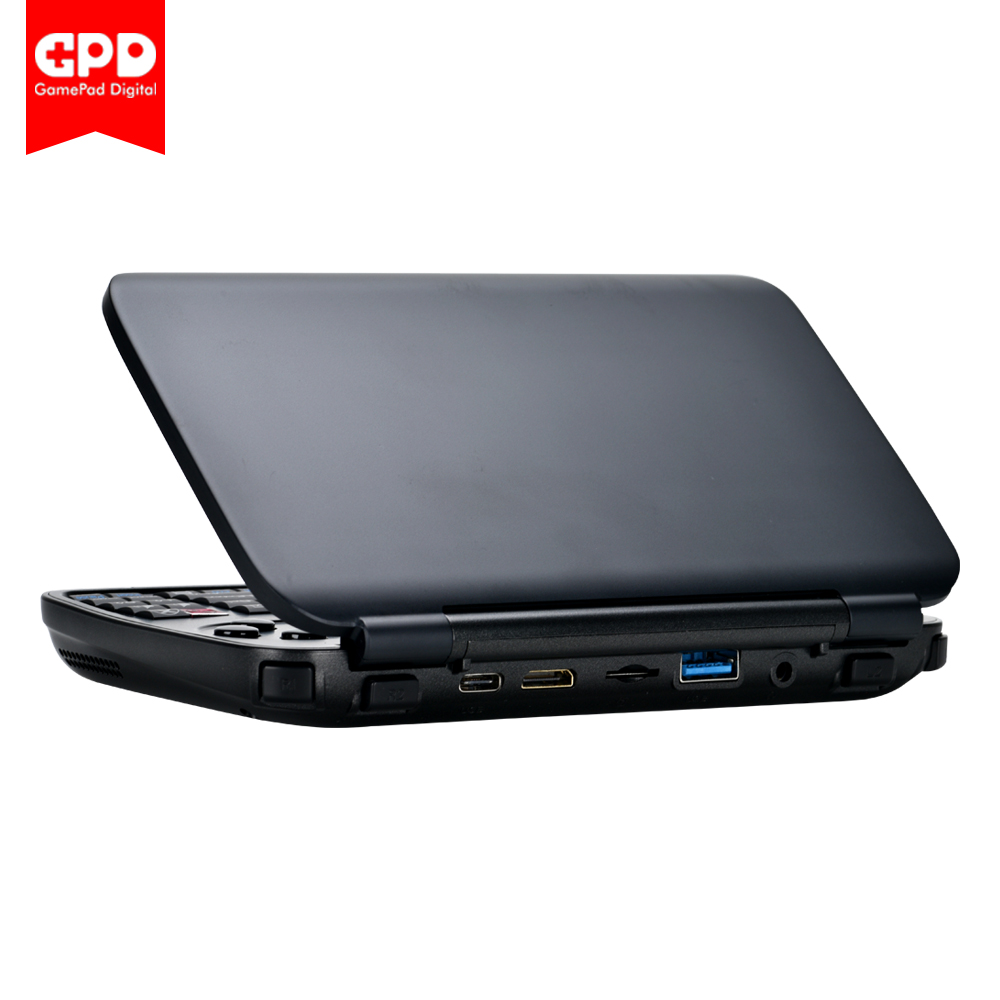 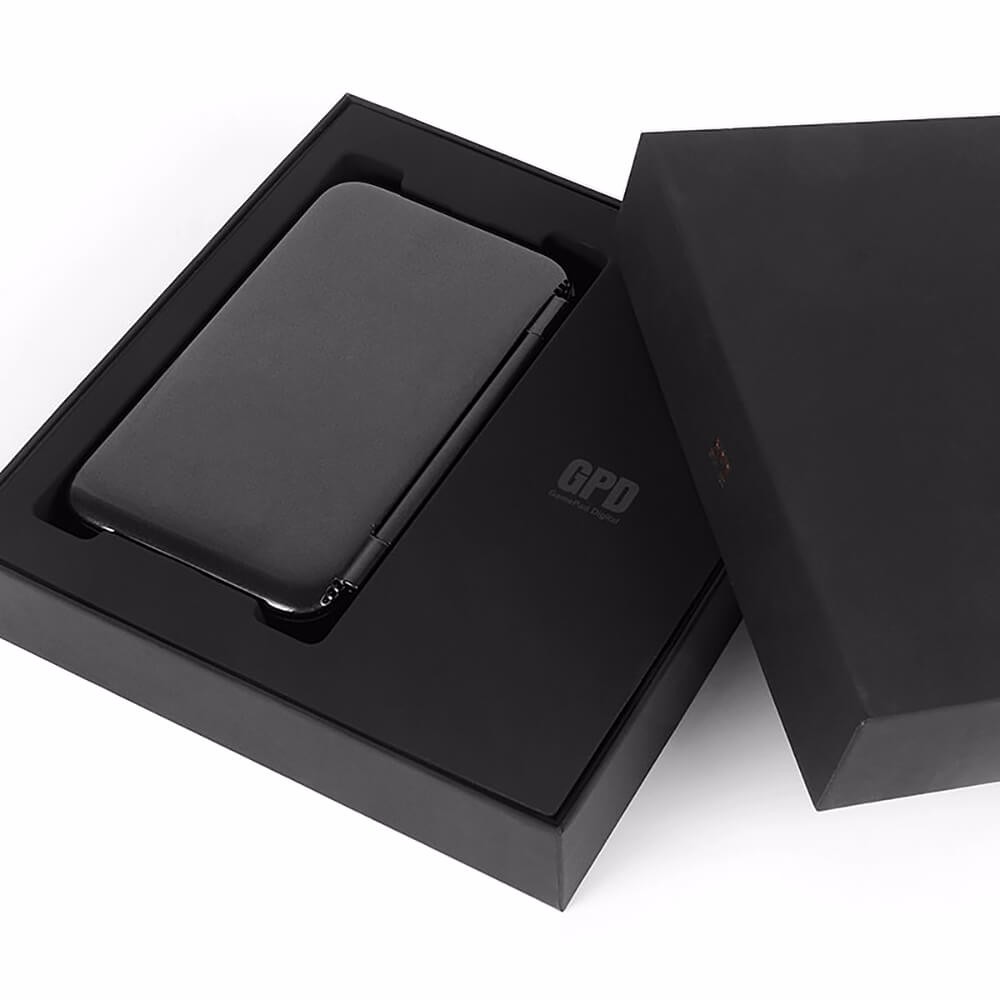 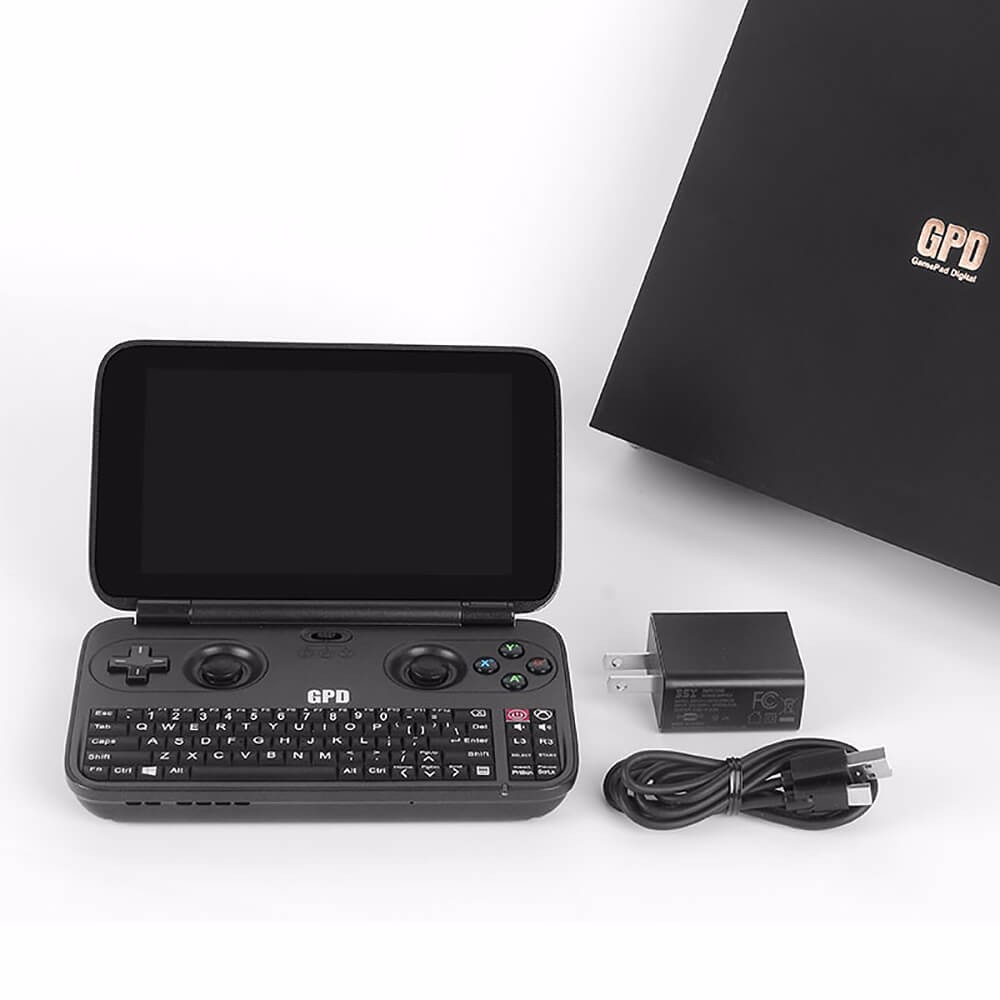