#Tech #new #Deals #trends
I’ve used the Oppo X 2021 rollable smartphone: what I like and what I don’t 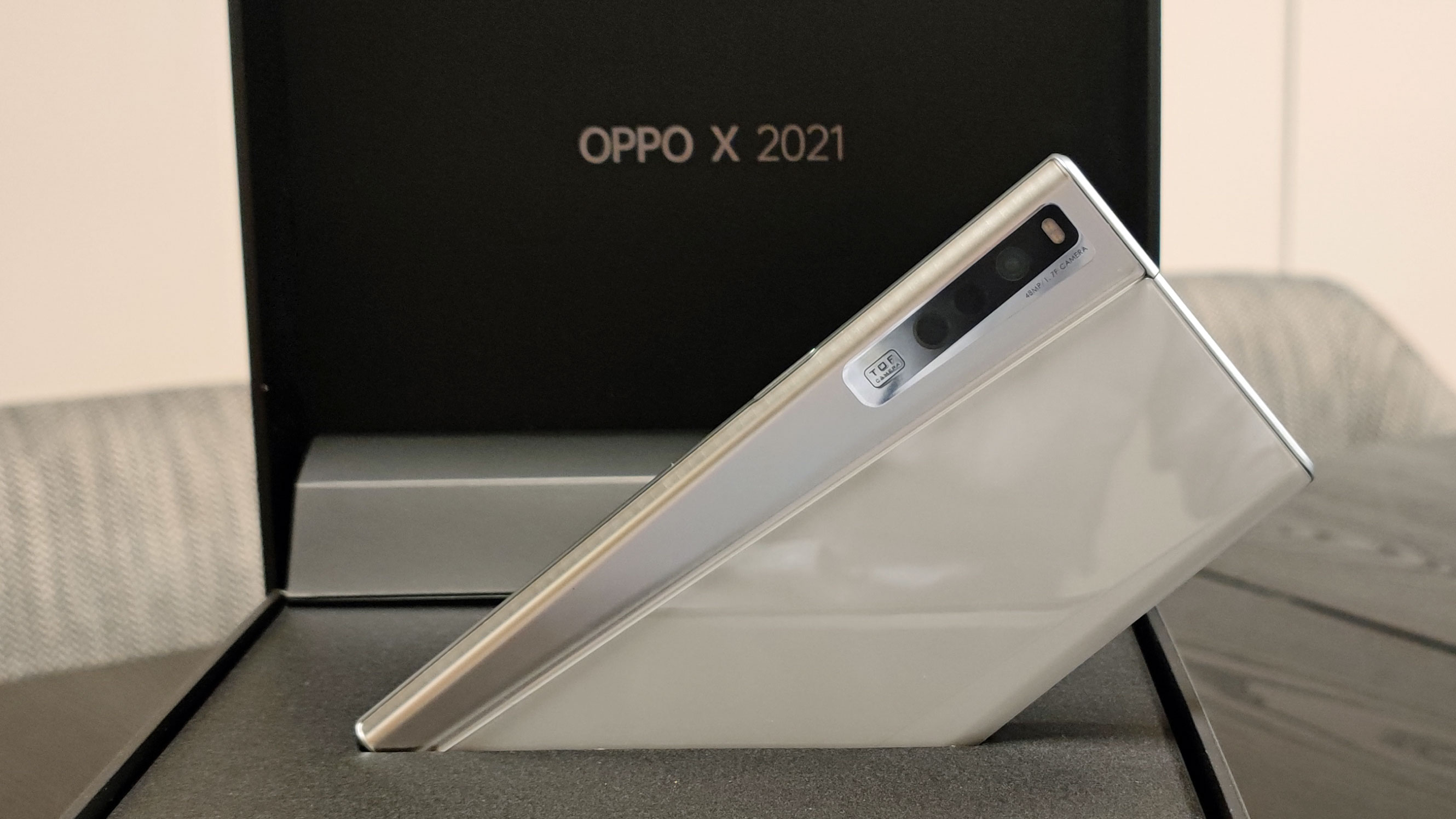 If you follow smartphone news, you probably know that rollable smartphones are the next big thing, stealing the thunder from foldable phones so to speak.

These devices let you extend the screen size, as part of the display is rolled up in the body of the phone, and can unravel when you want. It’s a futuristic concept, and one no commercially available smartphone has right now, though we’ve seen Oppo, TCL and LG all show off their versions.

I got hands-on with the Oppo X 2021, Oppo’s rollable smartphone, to see what the fuss is about this form factor, and see just how fun unrolling such a phone is. Right now this is just a concept device designed to test out the rolling parts, so its cameras, battery life and internals weren’t the focus, but I did get to test out extending and retracting the device again, and again, and again.

While testing the Oppo X 2021 rolling smartphone, a few observations hit me about the phone, and about the form factor in general, and you can read them below – along with seeing loads of videos of the thing rolling and unrolling, of course.

The lack of a screen ridge

When you use a foldable smartphone, there’s always a ridge in the middle of the screen – this is where the display folds, and there’s usually some mechanisms that can’t really be hidden. It’s an annoying, but necessary, part of the foldable experience, no matter how hard manufacturers try to hide it.

Due to the nature of the beast, there’s no such crease on the Oppo X 2021 – you can run your finger over the entirety of the display without finding a bump, line or mark. I also found the phone didn’t feel at risk of snapping in two if I pressed it too hard, something I certainly can’t say about Samsung’s foldables.

I found myself much preferring the Oppo X 2021’s screen to those on foldables I’ve tested thanks to these two factors, which is arguably the whole point of rollables.

The Oppo X 2021’s screen isn’t made of glass, but according to Oppo that’ll likely change for future products, but the company adds that “it needs to improve in terms of texture and reliability” before that comes about.

With its screen rolled up the Oppo X 2021, with a 6.7-inch display, is just about hold-able with one hand – any bigger and it would be a two-hand device for sure. I quickly came to like this size, as it made for easy-enough navigation when the phone was rolled up.

The phone stays one-hand-holdable when the display extends, though – since the screen only moves out to one side, you don’t even need to shift your digits when unrolling the display. The placement of the unroll button helps with that, but as I’ll get into later, the button isn’t perfect.

Also useful is the fact the phone’s center of mass doesn’t move too much when unrolling – when you unflip a foldable, the center of mass moves to the middle, but for the X 2021, it seemed to stay roughly on the side I’d been holding. This made it even easier to keep using the phone with one hand when it was extended.

Until using the Oppo X 2021, I didn’t really mind the process of opening up a foldable phone – you just have to open it like a book, or an old flip-phone, and it doesn’t take much time and effort.

It does take more effort than using a rollable phone though, as I quickly understood – thanks to the way the form factor works, in-built mechanisms open the phone up for you, so you can sit back and watch as the screen expands.

Sure, this might sound like a lazy person’s delight, but I can also see it being useful in other settings too – perhaps you’re on a turbulent subway train, holding onto a rail, and now you don’t have to take that hand off the rail to unfold your phone, and risk a small bump catapulting you into the nearest person.

With ‘book-style’ foldables (think the Galaxy Z Fold series) I’ve found there can sometimes be a delay when you’re looking at an app on the outer screen, then switch over to the main one (and that’s not including the delay of actually opening the thing). This way feels way more convenient.

This is something I didn’t actually get to test out, but it’s such an interesting idea I thought I should mention it anyway.

As unveiled at Mobile World Congress Shanghai, the Oppo X 2021 supports the company’s new FreeVOOC Air Charging – this is like wireless charging but you don’t need to put the phone directly on the charger, with it reaching charging speeds of 7.5W if the device is within 10 meters of the charger.

This means you could put a charger under your sofa, and whenever you were sat on the couch, your phone would power up. Sounds perfect!

Hopefully we’ll see this kind of technology used in other phones from the brand, and we already know Xiaomi and Motorola are working on similar concepts.

The fiddly way to make it extend

The Oppo X 2021 extends, or retracts, in two ways, both using a side-mounted power button (which isn’t a fingerprint sensor, despite the visual similarities). Either you can swipe on the button, up to extend the phone and down to retract it, or double-tap that button for both tasks.

I found the button incredibly fiddly to swipe. Gestures weren’t picked up all the time, and sometimes I was left desperately stroking the sensor in a way I usually reserve for cats, in a bid to get it to work.

The double-tap gesture worked more reliably, but the motion wasn’t as convenient as the swipe – when the screen is extended, you don’t have a great grip on it, so it’s a risky move to tap it twice in case you knock it too hard and drop it.

I would have much preferred a different method of extending and retracting the screen. A software option seems a good shout, so you could swipe down for the quick settings and press an ‘extend’ button, but I can also see the convenience drawbacks to that.

Possibly a physical slider would work too, though if you (for whatever reason) opted to push the screen shut instead of using the slider, you’d end up with the toggle in the wrong position.

It doesn’t get much bigger

There are some advantages to bigger screens – you get more real estate for viewing movies, dual-screening apps, and similar – but the Oppo X 2021’s jump, from 6.7 inches to 7.4, didn’t really seem like enough of a jump to justify the form factor.

At that size, it didn’t feel like you’d be able to get two apps side-by-side for split-screening with either getting enough space, and watching videos isn’t really any different when the screen is extended, as the aspect ratio is the main thing to change, so you’re just ensuring more letterboxing.

I can see gaming being much better with the larger screen size, although it’s something I didn’t get to test out on the phone, and photography was slightly better too as I could see more of the options on-screen at once.

Overall though, I’d like to see a bigger change relative to the rolled-up size, whether that’s a screen that extends further (which may or may not be possible – I’m not an engineer after all), or a device that’s smaller, so an extension makes it seem larger by comparison.

what our customers say: