CAUTION: THIS POST CONTAINS SPOILERS FOR HIS DARK MATERIALS

I’m a big fan of the HIs Dark Materials books by Philip Pullman. That trilogy follows Lyra Belacqua, a precocious young girl who spends the early parts of the story making merry hell at her adopted home of Jordan College while dreaming of one day going into the far north with her explorer uncle. This being an epic fantasy, naturally she soon must leave the safety of Jordan to go on a quest that will change both her and the world where she lives. When I heard that HBO and the BBC were teaming up to adapt the books for the small screen, I was thrilled. Who better to give this literary classic the treatment it deserves?

Well, we’re two episodes in to the series, and things aren’t going as smoothly as I’d hoped. The most recent episode, “The Idea of North,” made a decision that struck me as especially wrongheaded. In one subplot, we follow a character named Lord Boreal (Ariyon Bakare). He’s a representative of the Magisterium, the oppressive, theocratic government that controls Lyra’s world. Also working for them is Mrs. Coulter (Ruth Wilson), the cooly vicious woman who takes Lyra under her wing until Lyra catches wise and runs off. It’s a big twist. The issue is that, on the page, we don’t find out that Lyra’s story is going to involve crossing into other dimensions — including our own — until the very end of the first novel, The Northern Lights. It’s a huge revelation for Lyra, and for the readers who have taken this journey with her. So why did executive producer Jane Tranter and her team decide to give the game away so early?

“We expanded that [Boreal] part in order, partly, to give Mrs. Coulter someone to talk to, but also because we were fascinated by the character who is already crossing through worlds,” Tranter told Entertainment Weekly. “It’s clear he’s been crossing through worlds for years, and we were fascinated by the fact that Philip gave us a glimpse of him in Book 1 and then went on to really develop him as a character in Book 2. We thought, if he’s going to be this big of a character in season 2 [which adapts The Subtle Knife, the second book in the trilogy], let’s use him in season 1.”

My problem with this decision is that it robs the twist of the power it’s supposed to have when Lyra encounters it later. In general, Lyra’s point of view — so crucial to the energy and flow of the novel — is decentralized on the show. We follow Lord Asriel (James McAvoy) as he makes a vital discovery in the frigid north. We follow the Gyptian people as they try to find out who is taking their children. We follow Roger, one of the stolen kids, in captivity, and we follow Lord Boreal as he hops dimensions. This doesn’t feel like The Northern Lights, which kept its focus tight on Lyra. It feels more like Game of Thrones, which followed a variety of different characters pursuing their own goals.

Whether consciously or unconsciously, I think the people behind His Dark Materials were thinking of Game of Thrones when they structured this show. Remembering what the producers told him about Lord Boreal in their early discussions, Bakare even recalls them bringing up Charles Dance, who famously played Tywin Lannister on Thrones. “[Lord Boreal] was described to me as a man of power and [the producers] made it quite clear that they didn’t want him to be the Charles Dance character that most people imagine him to be,” Bakare said. They had Westeros on the brain. 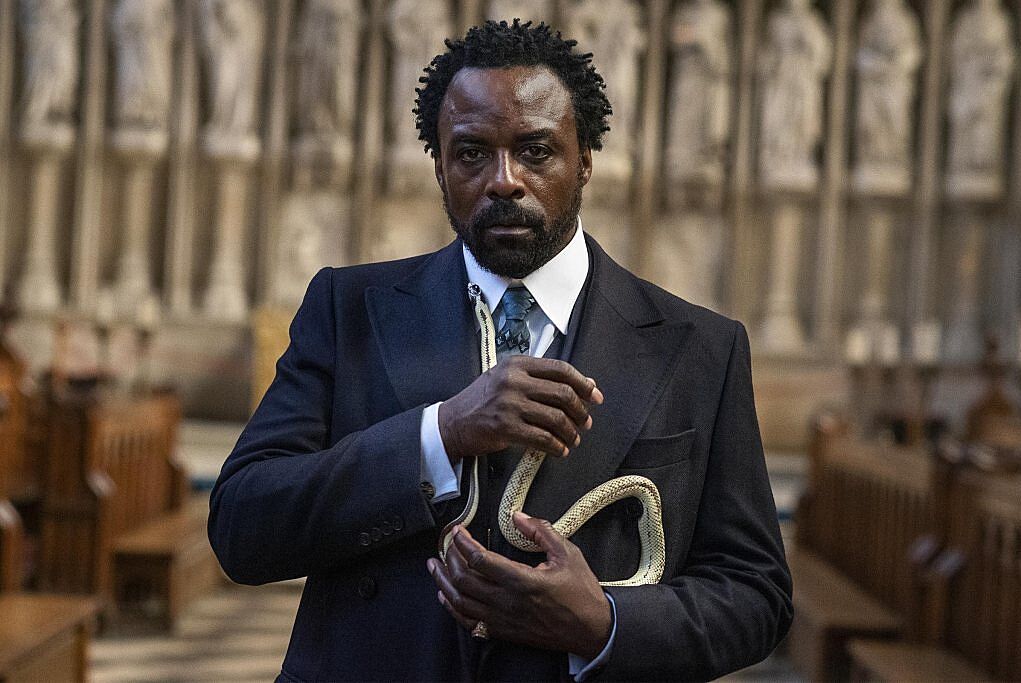 And why not? Game of Thrones was a worldwide phenomenon. But in imitating the structure, HBO is weakening the integrity of Pullman’s original work, making plot twists that should crash like thunder bolts land with muffled grunts.

It’s also slowing down the pace. His Dark Materials is often held up as an alternative to children’s series like The Chronicles of Narnia, so you’d think HBO would want the show to be accessible to the younger set. But the most recent episode runs a full hour, with all the various plotlines turning it into a slog. In contrast, look at another new show currently making waves: The Mandalorian on Disney+. That show happily follows only one central character, with its first two episodes both clocking in at under 40 minutes, both of them delightful fun. Had His Dark Materials just focused on Lyra, as in the books, I think it would be a slimmer, trimmer, more exciting series.

Not everyone feels how I do. Writing for Gizmodo, Beth Elderkin thinks that revealing the multiple dimensions twist early was “the right call.” She theorizes that the show has done it like this so it can tell the story of Will Parry, a crucial character from “our” world we don’t meet until the second book in the series, The Subtle Knife. Since his story runs concurrent to Lyra’s, the theory goes, it’s a good idea to tell it concurrently.

If you didn’t already guess, I’m not on board with that. I think introducing this element into the story before we’ve even come to grips with Lyra’s world muddles rather than strengthens the story. I’m not sure if we’re going to meet Will Parry this season — I believe he’s only going to feature in the second season, which is filming right now — but if we do, it will be at a great cost. If we don’t, this choice will seem even more boneheaded.

The sad thing is that this isn’t the first time an adaptation of His Dark Materials has suffered because it’s chasing the success of the fantasy series de jour. In 2007, New Line Cinema adapted The Northern Lights as The Golden Compass. Instead of imitating Game of Thrones, that movie was made in the shadow of Peter Jackson’s Lord of the Rings trilogy, with Jackson even offering director Chris Weitz a “one-week crash course” in how to manage a production that big.

New Line, which also made Rings, was clearly hoping The Golden Compass would mark the start of another successful fantasy trilogy. Instead, the movie was panned by critics and underperformed at the box office, and I fear something similar could happen to the HBO show, with ratings already slipping following the premiere.

The Golden Compass opened with a narration that recalled Galadriel’s info dump at the top of The Fellowship of the Ring. Now, His Dark Materials begins with a credits sequence that reminds us of the astrolabe from the Game of Thrones opening. Is history repeating itself?

The story of His Dark Materials is more than strong enough to be adapted on its own terms, not because it bears a passing resemblance to something that was popular yesterday. Hopefully, the producers know this, and my criticisms end up being premature. We’re only two episodes in, after all. I hope the show grows and finds its own identity apart from its influences. Being a TV series, it should have more time to work itself out than the doomed movie trilogy.

And there are good things about it. Many of the performances are strong, the set design and special effects are evocative, and the series is far less afraid of the books’ atheistic themes than The Golden Compass was back in the day. That’s one door Game of Thrones opened that His Dark Materials should walk through proudly; there’s no need to fear stirring up controversy. I just hope His Dark Materials is confident enough to do it in its own way.

Next: That time Queen Elizabeth visited the Game of Thrones set and had no idea who Kit Harington was