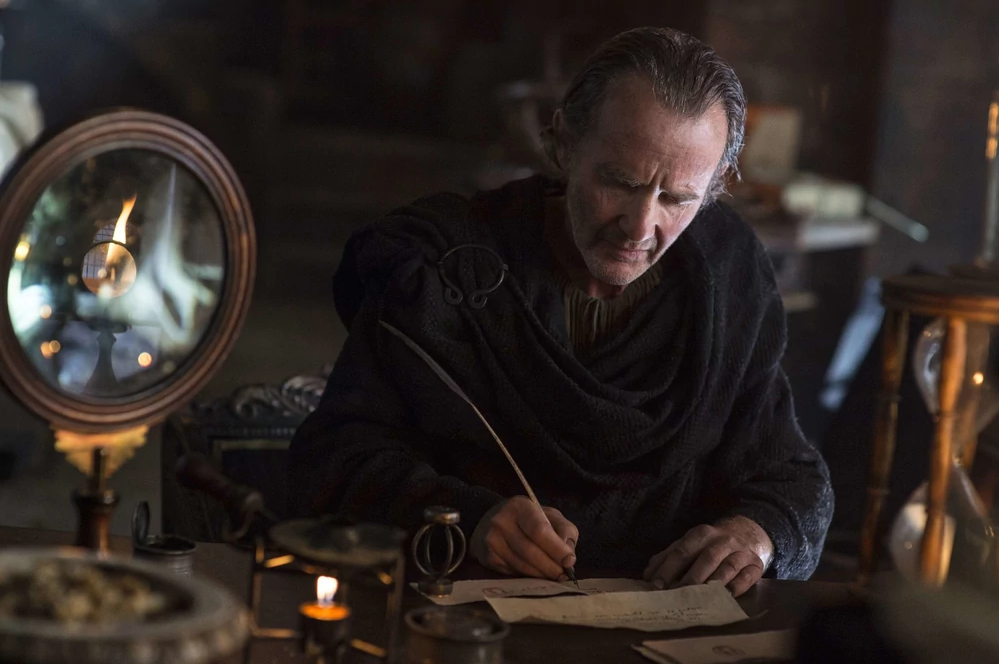 What is it about bad guys? I just love ’em, ya know? I waxed poetic about Ramsay for years, and have been on board with Euron the past couple, but all the while, there’s been a more silent baddie chewing his way through the scenery: [Formerly Maester] Qyburn. Often quiet, but ever deadly, Qyburn has been a lingering presence on Game of Thrones since season 3, and ever since he showed up, he has made his presence known. This of course would not be possible without the pitch perfect performance of the Maestro himself, Anton Lesser.

Through thick and thin, Qyburn has always been there to lend our characters a hand – quite literally, if you recall that he fitted Jaime with his golden hand. 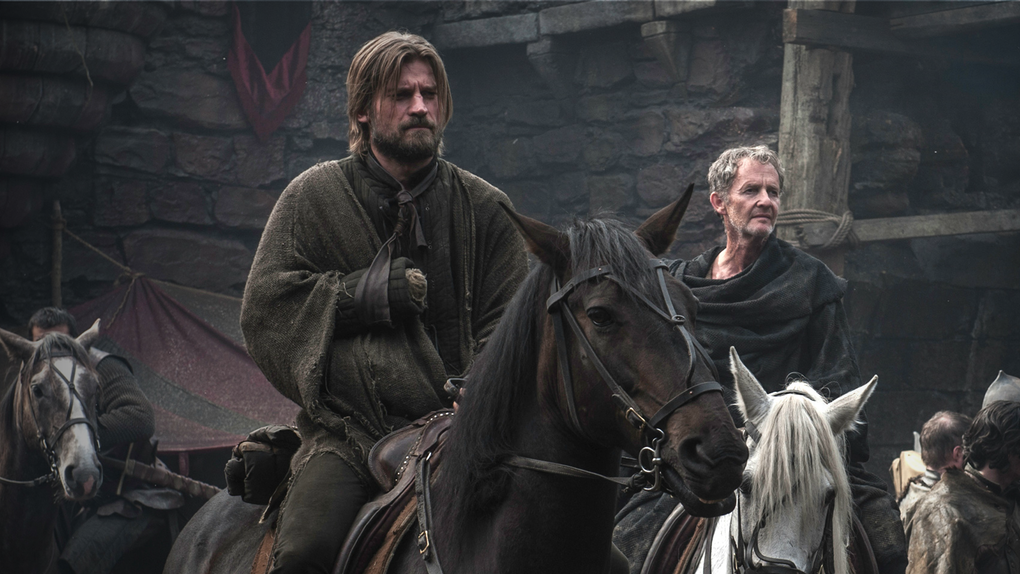 Qyburn’s helpfulness is shown through Anton’s dedication to the craft of acting. He meticulously molded Qyburn into that quirky little side character who was always intriguing to watch. And I think one of the reasons he was so fun is that Anton took as much pleasure in Qyburn’s fascination with weird stuff as the character did. Remember how mirthful he was when he told Cersei that his dark magic would keep The Mountain strong, whatever else happens? 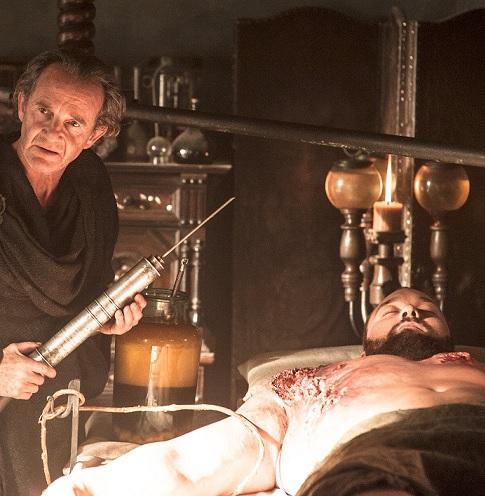 Qyburn: “You should know the process may change him…somewhat.”
Cersei: “Will it weaken him?”
Qyburn: “Oh no.”

Two words. “Oh no.” That’s all it takes. The gleeful way in which he says this is so memorable because Anton makes it so.

Through thick and thin, Qyburn was there for our main characters. After Cersei’s devastating walk of shame, Qyburn was the first to put a cloak on her, showcasing that he was not without empathy. In doing so, the softer side of Qyburn was able to come to the forefront. I honestly believe that he truly loved his queen and that is all due to Anton’s softly spoken, but carefully crafted work. 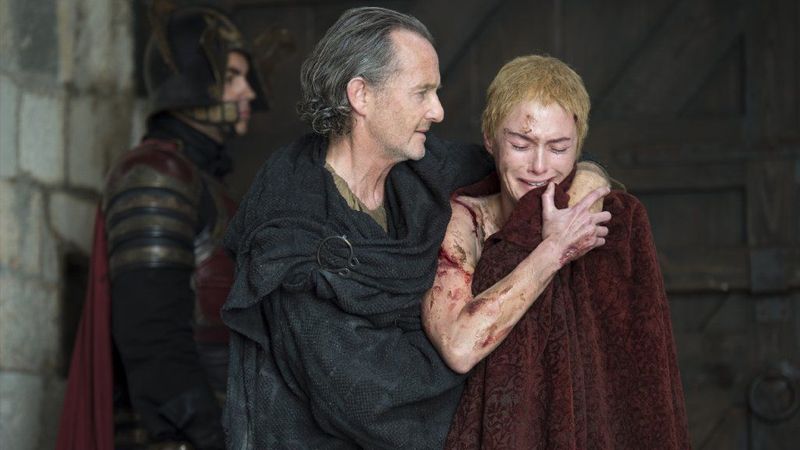 And of course we can’t forget the comedy bits. Who remembers where they were during the summit at the dragonpit? *raises own hand* – I still remember the reaction from our viewing party when Qyburn went to pick up the wight’s hand and examine it – so much laughter. It was a truly meme-able moment: 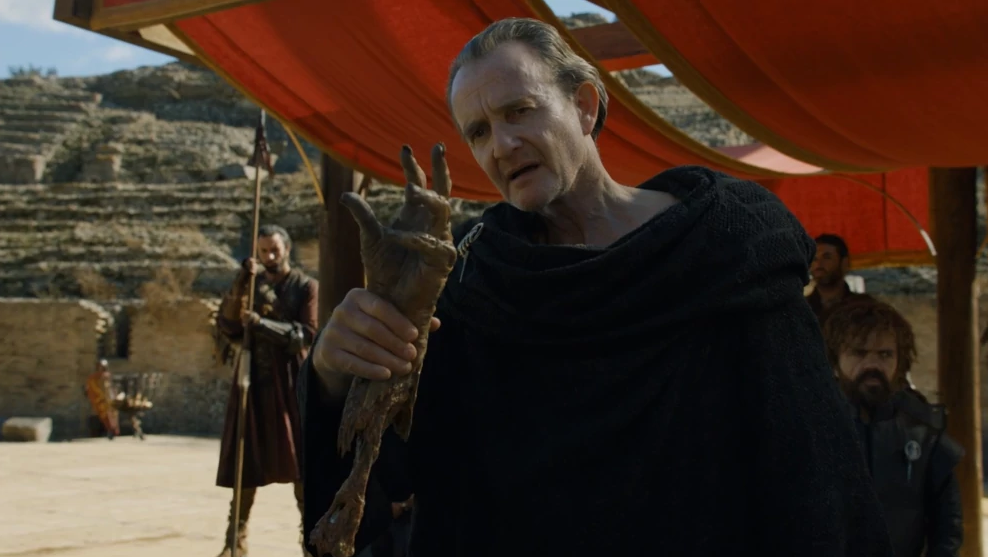 Qyburn ultimately got killed by his own creation towards the end of 805’s ‘The Bells,’ in a death scene has gotta be a top 5 of all time, for me. It was quick, out of nowhere, and just perfectly fitting for the moment. He may be gone, but with Anton Lesser’s deft approach, the legacy of Qyburn will live on. RIP to Qyburn, and Bon Voyage to Anton Lesser. I wish him well in his next endeavors. 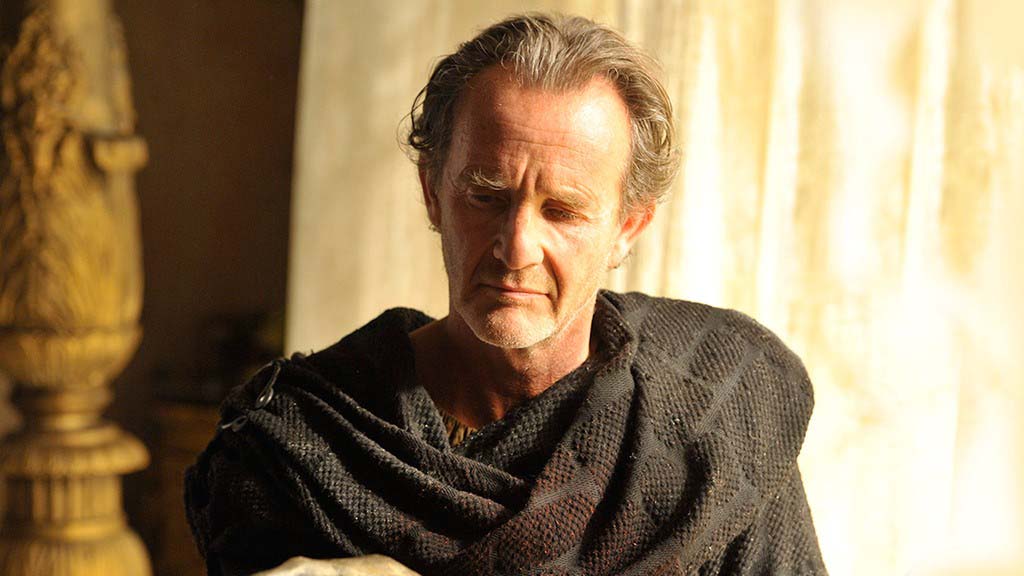